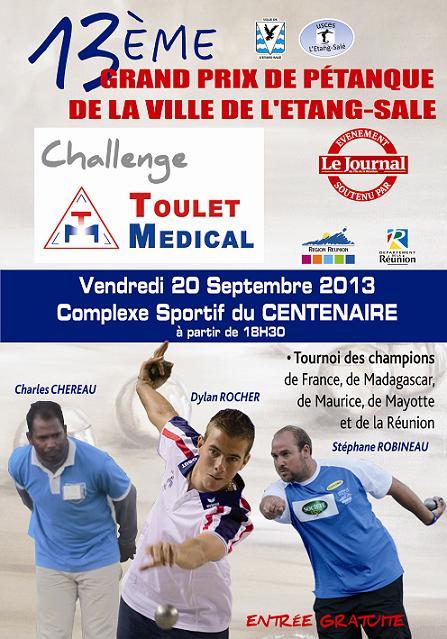 As part of the 13th edition of the Grand Prize of the City of Etang-Salé, is expected Friday, September 20th from 6:30 p.m. at the gym Complex Centennial Challenge TOULET MEDICAL.
It meets two doubles Metropolis, one of Madagascar, one of Mayotte, one Club Mahebourg 1 Club Quatre-Bornes and finally Reunion 2 teams will be composed of Fabrice Técher / Moussady Ishmael, the champions of the Meeting doubles in 2013 and Charles Chéreau / Maximin Naguin, winners of the Grand Prix in 2011.
The parties will be in direct elimination with a consolation for the losers of the first part.
We can expect high-level parts including with Dylan Rock, Damien Hureau, Stephane Robineau, gueven Rock, Malagasy and local champions.

Do not miss this event, which will undoubtedly be very fun to watch.